Thalia had to leave work in the middle of the day because she realised she was pregnant! Luckily, with the advances in medical care made in the past two generations, she was able to continue working.

The Holly family quickly integrated themselves into the town. Thalia was hoping they could have some children who could be a match for her own children.

Heracles realised he hadn’t quite made it to a L3 visa in China, so made one last trip.

Even now, he somehow got itchy during his excavating. 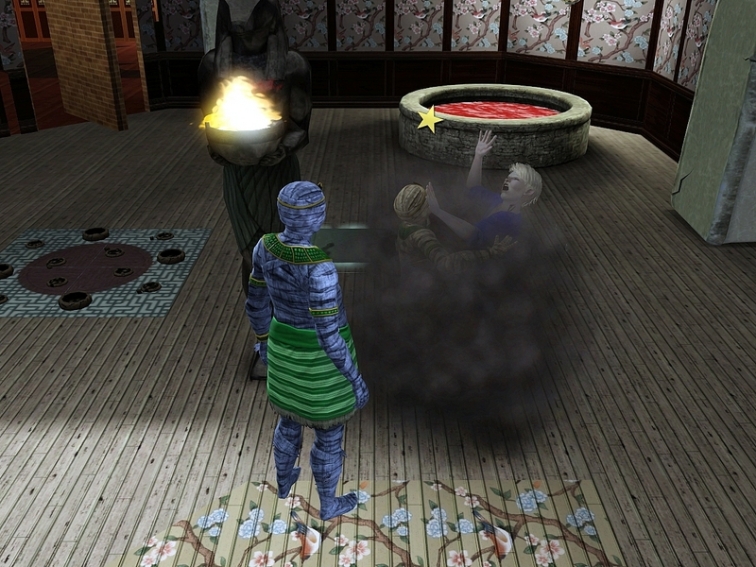 He didn’t hesitate to take on another mummy.

But this time, things didn’t go as planned. He was not only beaten by the mummy.

He was also cursed!

But he did make it to visa level 3.

And maxed out his charisma skill.

The family ghosts always came out on the full moon. They didn’t always get along, however.

With everyone working and Heracles bringing home treasures, it wasn’t long before the household net worth increased to the point where Luke’s LTW was completed. 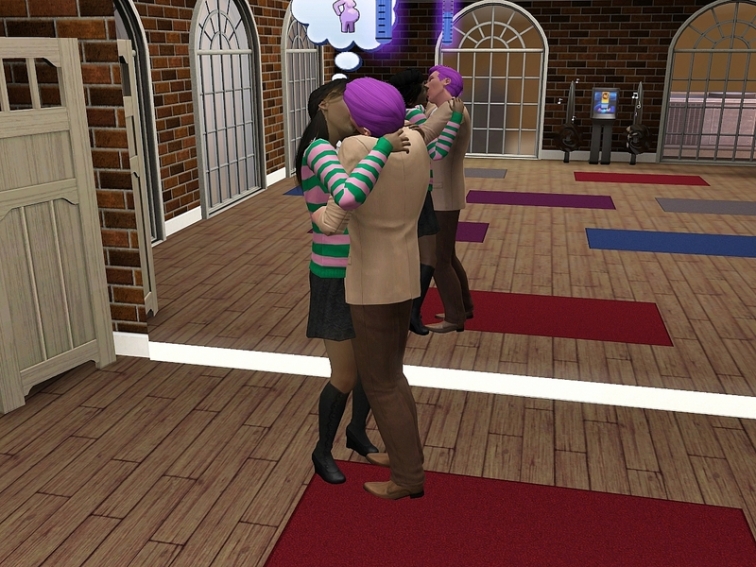 He celebrated with Thalia, of course.

He could not get enough of talking and listening to her pregnant belly. He was so excited about the impending baby. 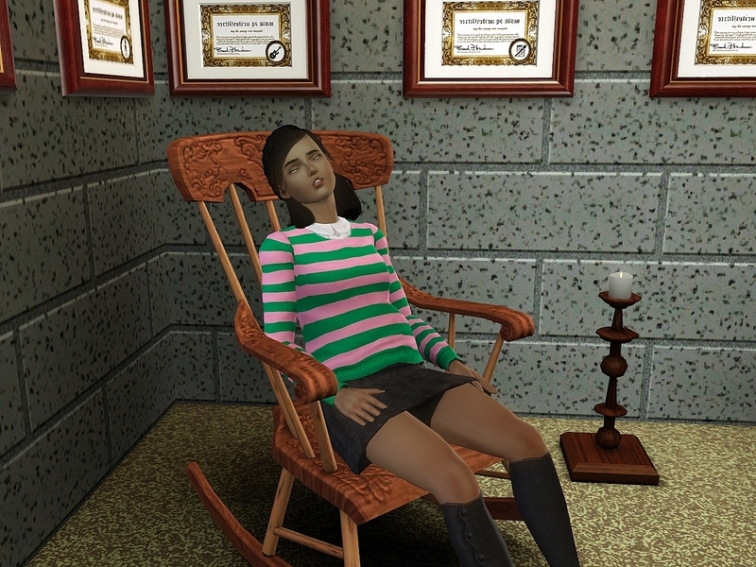 Thalia could have done without all the tiredness. 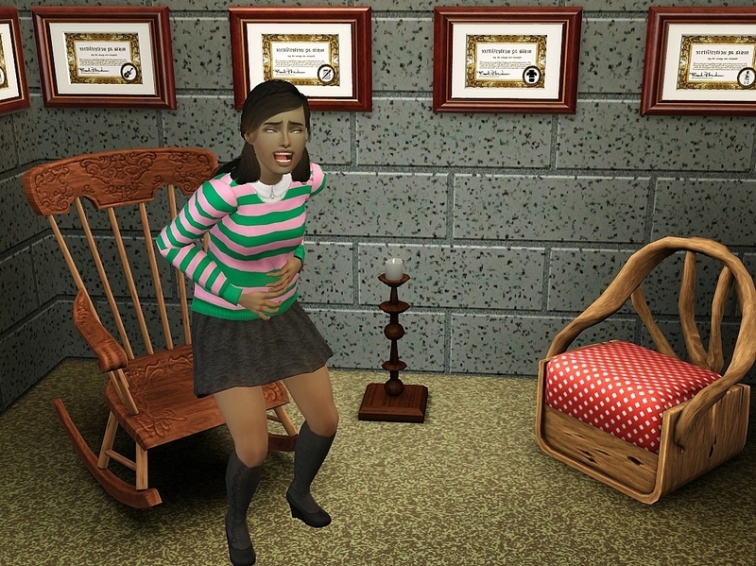 But soon it was time for the baby to arrive! 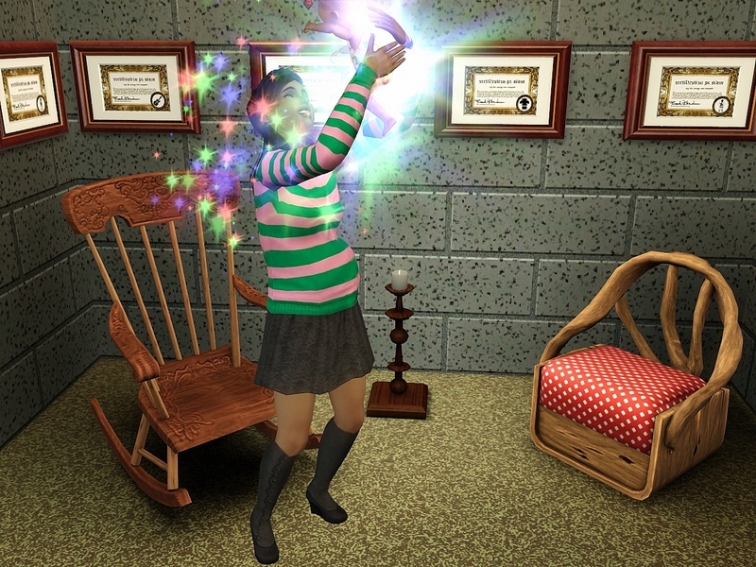 It was a baby boy. Thalia named him Caerus, because she almost dropped him in the moments after he was born; apparently he was a bit Unlucky.

She held him close and whispered that she loved him, trying to make up for almost dropping him.

That same afternoon, Luke was finally promoted to the Leader of the Free World! He cleaned up the corruption in city hall and enabled travel to other countries. Building supplies were able to be transported in, meaning larger houses could be built. Due to the lack of architects, they were still unable to build more than two stories per house, but at least there were sufficient supplies to expand those two stories.

However, until Heracles proved the economy of the town was fixed, they had to expand slowly. 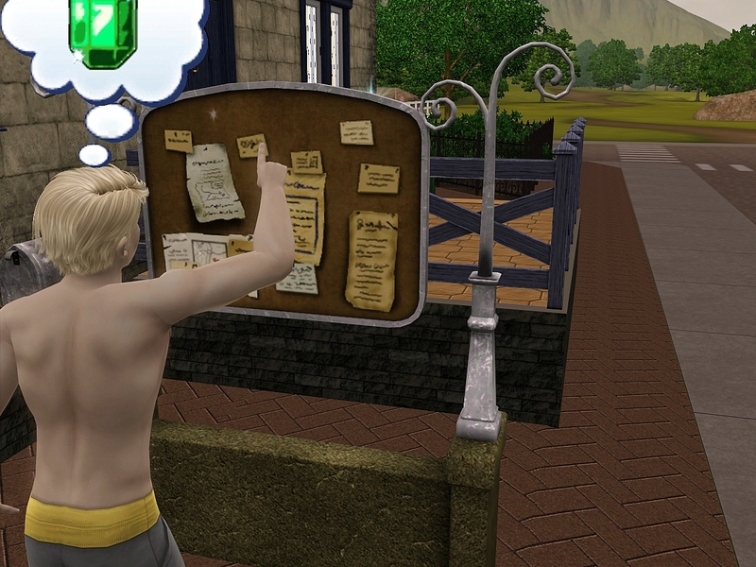 With that in mind, Heracles quickly took off on his final visit to France. 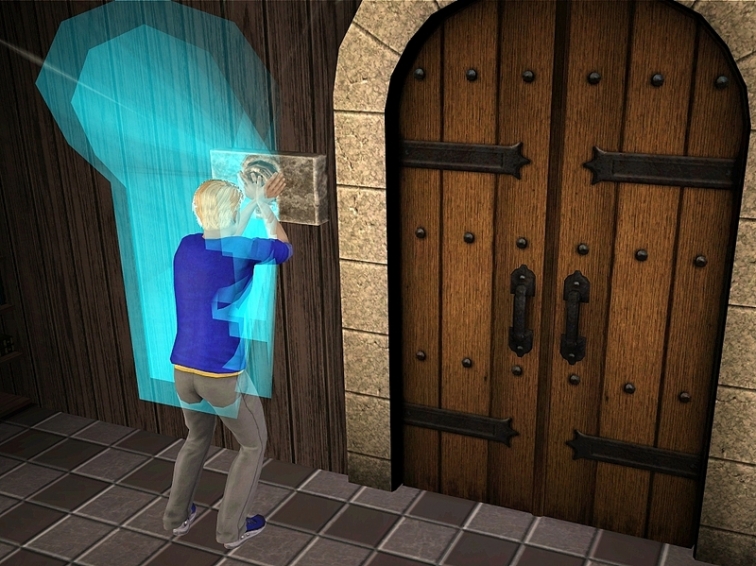 It only took one more adventure for him to reach visa level 3. 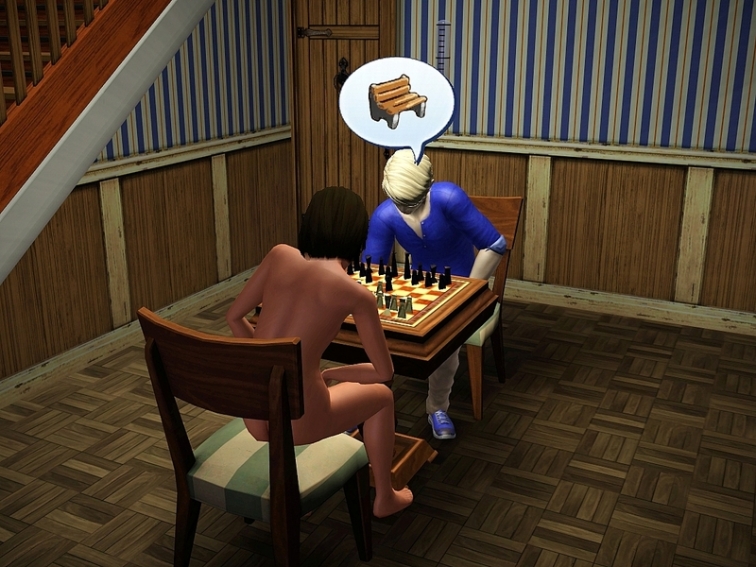 He spent a couple extra days in France, making friends… with naked tourists. 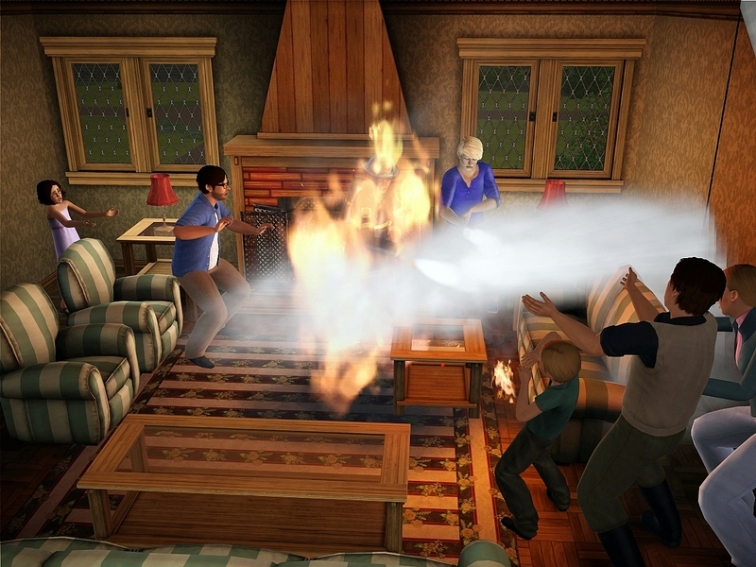 The fireplace at base camp kept catching on fire; Heracles thought that perhaps he shouldn’t have upgraded it to auto light. But it didn’t matter too much, because he was done with travelling and on his way home.

Where the family bunker was promptly expanded. Downstairs now had two bedrooms – complete with bunk beds for the non-heirs, two bathrooms and a large skilling room. No more would everyone need to rest in sleeping bags all over the bunker!

Upstairs, the reading area was expanded and a separate nursery added.

With the town economy restored, everyone was now able to buy and sell things. Both from the various stores around town and from the newly built consignment store, where sims could sell paintings and other items they had created themselves. Thalia took herself off to the consignment store to sell the paintings the family had painted over the years, along with the gems and metals Heracles had collected on his travels. 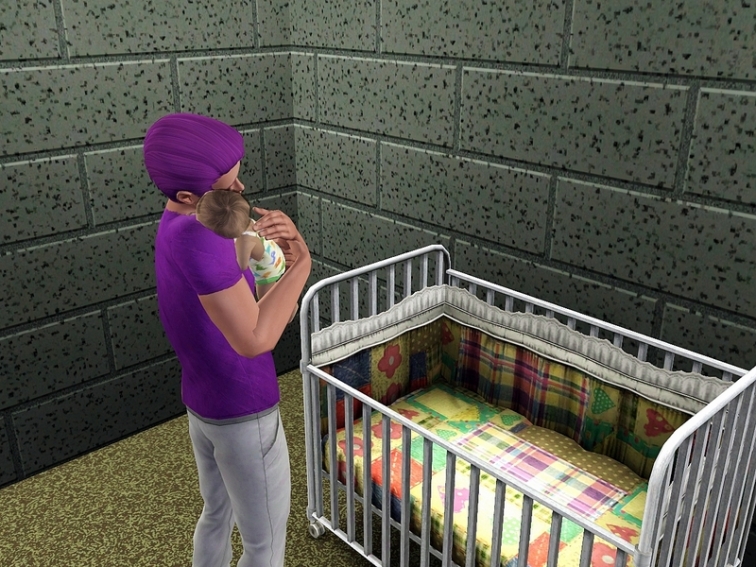 Luke loved his son very much; he rolled continual wishes to snuggle and play with Caerus.

But he didn’t forget his first love, Thalia. They may not have been as frisky nowadays as they had been when they first got married, but they took whatever time together they could.

And it didn’t take long for Thalia to fall pregnant again.

She decided to take up painting, now that she could sell her creations.

Around town, others were also procreating.

The baby pop came while she was working on her charisma skill.

Aergia earned a promotion; now she was the one choosing the stories to publish, not writing them herself.

She celebrated by using the megaphone to wake Thalia. 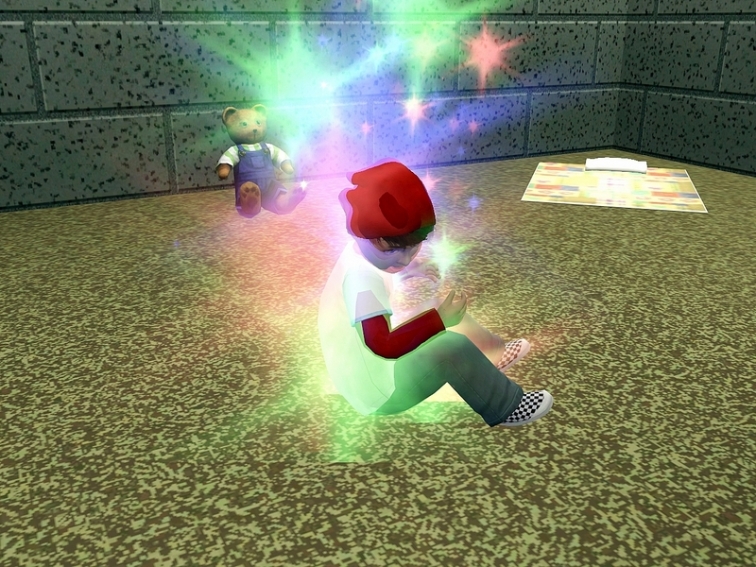 Caerus’ birthday couldn’t come fast enough for his parents; they were busting to teach him his skills. 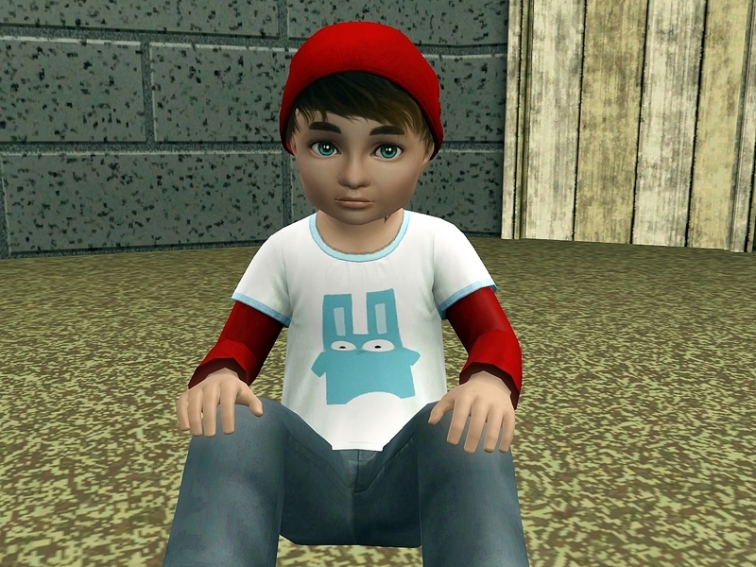 His parents fell even more in love the second they saw his face. He had Thalia’s hair and eye colour, though they couldn’t quite tell his facial features just yet. 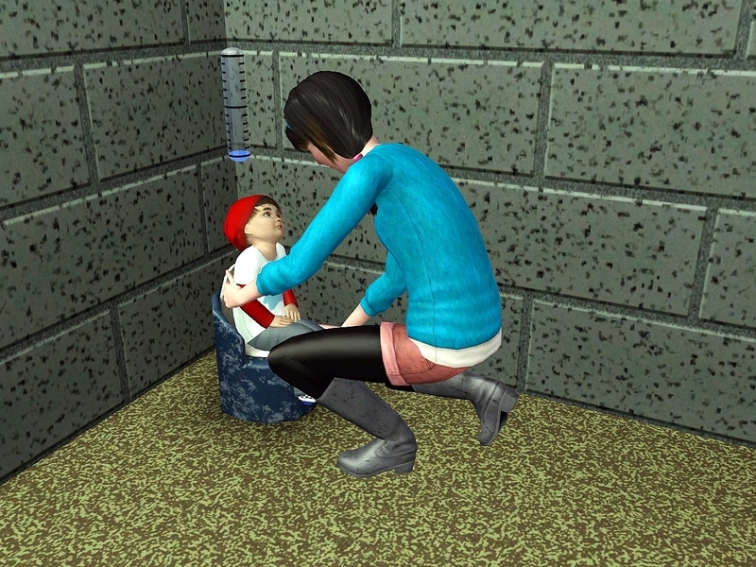 Aergia took on the responsibility of teaching him to potty.

While Luke just had to teach him to walk.

Caerus took to his books quickly. Thalia really wanted to read to him; once she reached the top of her career, she would be able to do so.

Luke finally maxed out his charisma skill. He thought he would have done it earlier, but he’d failed to do much when he was younger.

Freya was yet another of the Holly women to fall pregnant.

Indie married the father of her child.

Heracles took it upon himself to ensure Luke and Aergia maxed out their athletic skill. With life still so precarious in the rebuilding town, it was important to keep one’s fitness up. 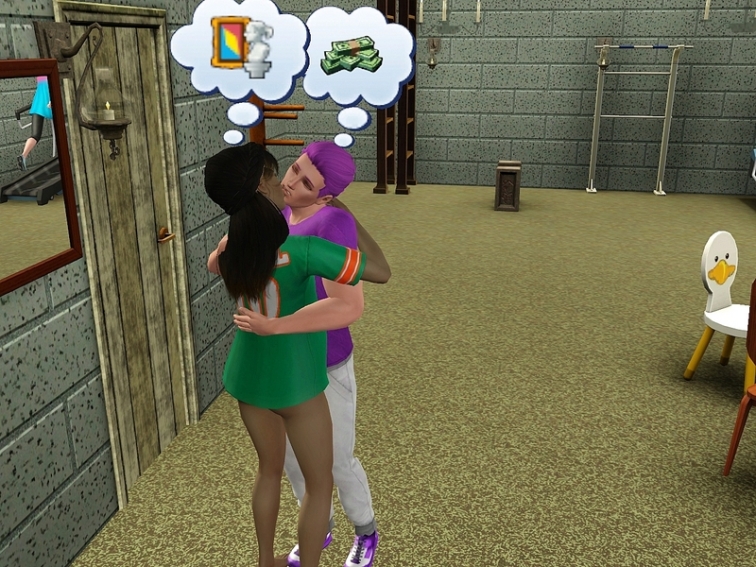 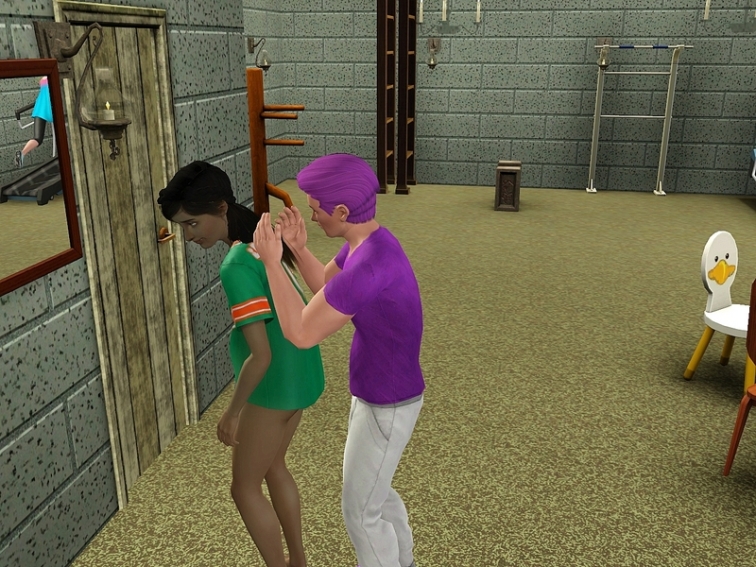 Including massaging her sore back.

Heracles decided he wanted to be more than friends with Grace Holly. 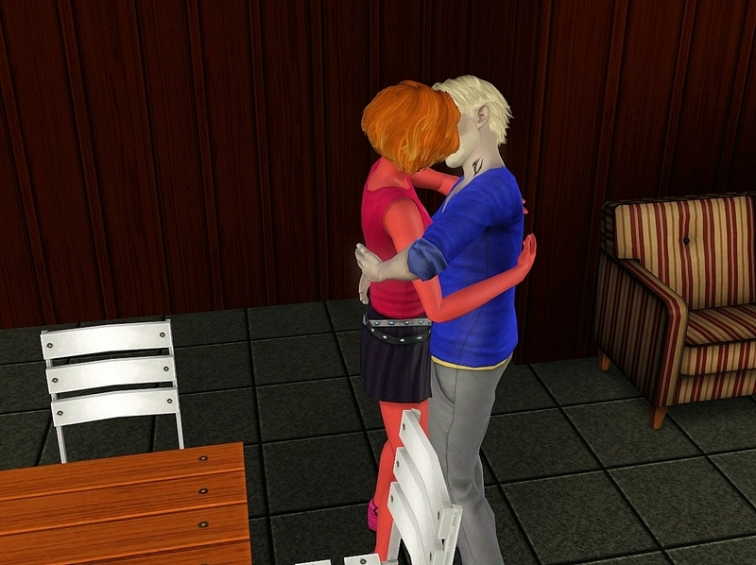 She agreed with the sentiment.

For once, a member of the Minos family gave birth in a hospital. Thalia had another baby boy. This son was named Adrest, after Adrestia, the Greek Goddess of rebelliousness. 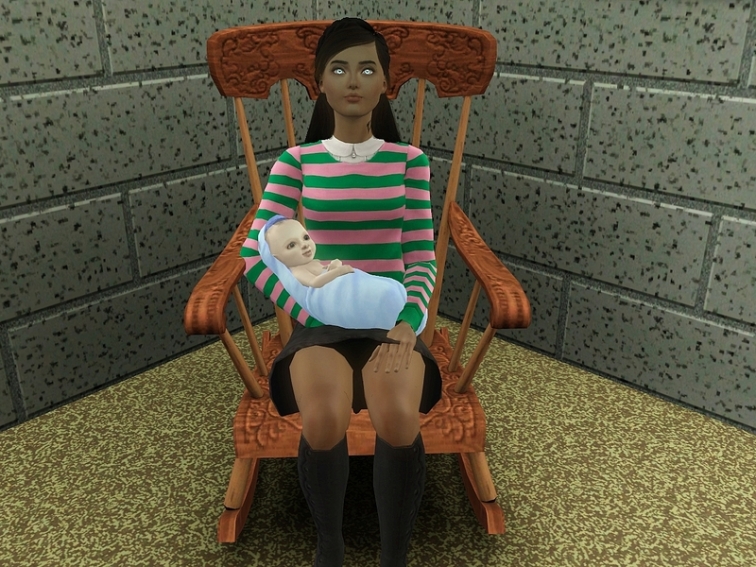 On her way home, Thalia wished to rock with Adrest. So, she did just that when they arrived.

During his travels, Heracles collected fragments of many artefacts. Now that he had completed his travels, he thought it was time to put them together. 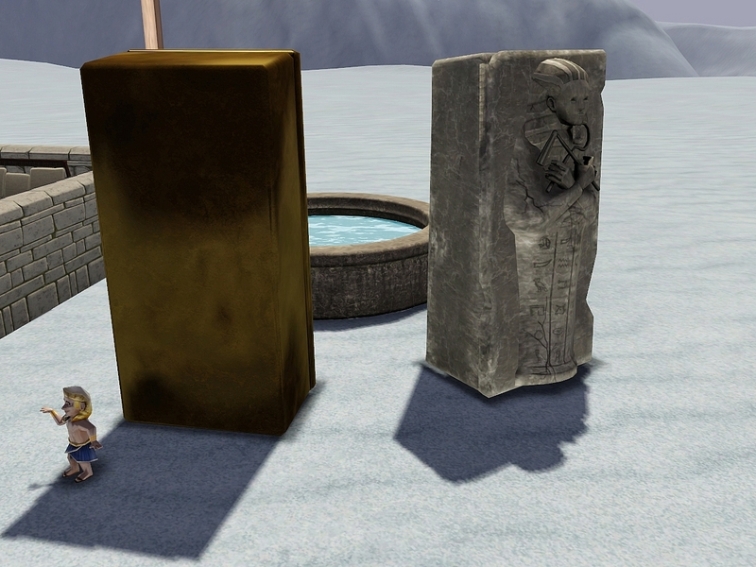 Then two sarcophagi. Though the family couldn’t use them to sleep in, on account of all the ghosts, they could keep them in storage for future generations.

Thalia continued her painting, while Heracles did what he wanted. Since he’d completed so many tasks, he was let off the leash.

Thalia knew what nausea meant; she was pregnant once more! When she looked at her crying infant son, she thought that maybe they had the kids too close together, but she wouldn’t do anything differently.

Indie perhaps a little too eagerly.

Thalia popped with her final pregnancy. As much as she loved her boys, she really wanted a little girl this time. 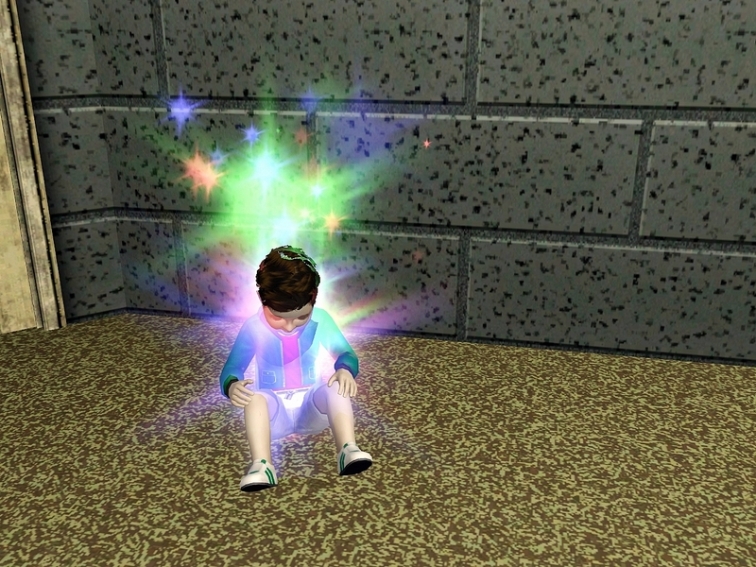 Adrest aged up to toddler.

He had Luke’s purple eyes, but the rest of his colouring was from Thalia. 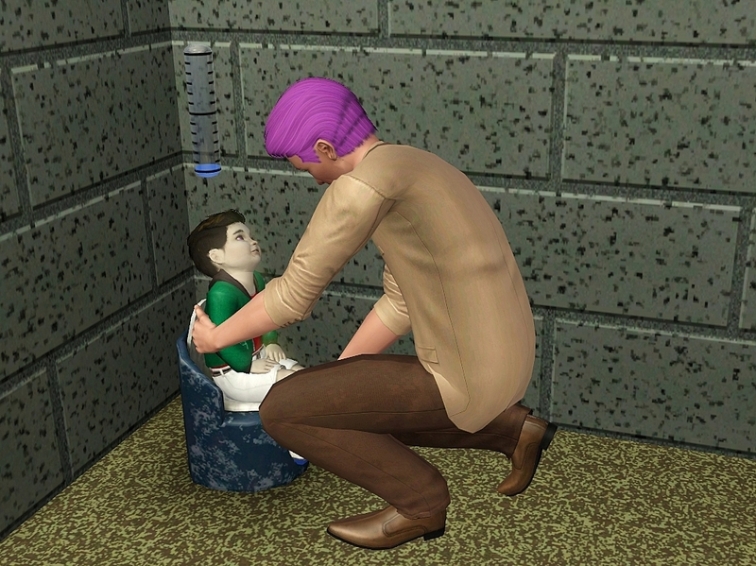 Luke got right onto potty training.

Both children were vampires. Adrest was a little rebellious one who declined to sleep with his head on the pillow. 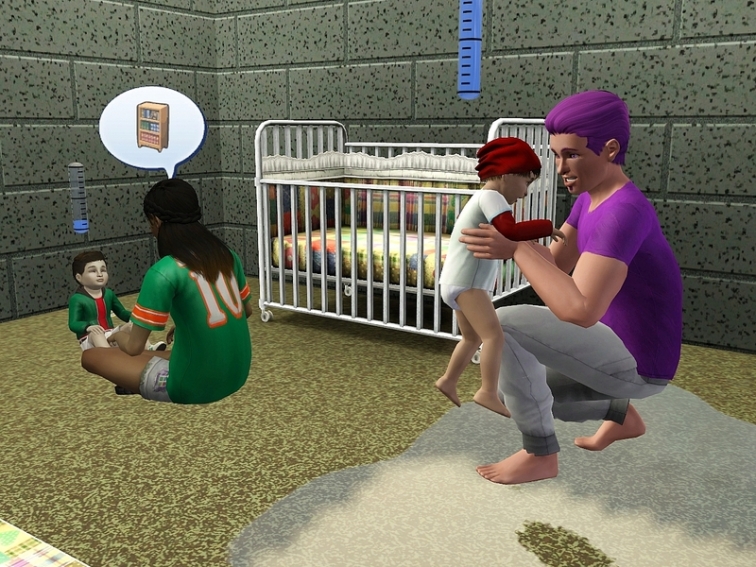 With potty overflow almost drowning the nursery, Thalia and Luke worked in tandem to finish off Caerus’ skills and continue Adrest’s.

And Luke had his birthday – to elder. That was the reason he and Thalia had had their pregnancies back to back; they knew they only had limited time together.

Heracles didn’t know he was going to be a father until Grace told him he had a son.

Despite the two previous pregnancies, Luke still freaked out when Thalia went into labour. Because it was so hard to convince the elderly Luke to do anything, she chose to stay home this time.

She finally had her baby girl!

Actually, twin girls. They were named Nyx and Apate.